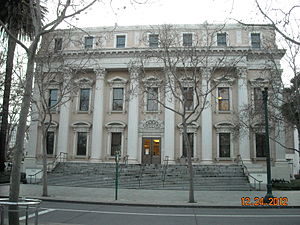 It could be months – or years – before money for transit and road projects promised to voters in 2016 come to fruition – if at all.  The August 28 edition of the Silicon Valley Business Journal reported that a lawsuit was filed that blocked all Measure B spending.  This included spending for extending BART into downtown San Jose, pothole repairs, and other transportation projects.

More on this matter – and how it affects Measure B – follow below.

The Valley Transportation Authority (VTA) had more clarification on the matter.  Cheriel Jensen of Saratoga filed a lawsuit against VTA in January 2017.  The original lawsuit, Jensen v. Santa Clara Valley Transportation Authority, challenged the validity of the voter-approved 2016 Measure B.  VTA successfully challenged the lawsuit as lacking merit.  On August 17, Jensen filed an appeal in the 6th Division of California State Appeals Court.  Further action on the appeal will likely take place in late September.

Read more about what VTA had to say about the appeal here.

Local Transit Taxes and the Courts

This is not the first Santa Clara County transit tax ballot measure to be challenged in the courts.  In Coleman et al. v. County Of Santa Clara in 1998, voter-approved 1996 Measures A and B were challenged in California’s 6th District Court of Appeals for its validity.  The final judgement: both measures were found clear and unambiguous.

One Santa Clara County voter-approved transit tax in 1992 was challenged in state appeals court – and won.  In Santa Clara County Local Transportation Authority v. Guardino in 1995, it was found that Measure A in 1992 – which passed with 54.1% of the vote – violated Proposition 13‘s 2/3-vote requirement for approving special taxes.  Hence, the voter-approved sales tax was ruled invalid.

Note that the defendant is the same Carl Guardino who is currently President and CEO of the Silicon Valley Leadership Group.

“But I voted YES on Measure B!” How the Appeal Affects Measure B

According to VTA, the lawsuit and appeal means that money from Measure B will be withheld until the appeals process is fully settled.  This includes:

Funding for the projects listed above that form Measure B is being held in escrow.

As VTA continues to discuss bringing BART into downtown San Jose, our group will discuss another crisis not discussed – the slow shrinking of bus service in Santa Clara County.  More in a future blog post.