On behalf of the Silicon Valley Transit Users, I want to wish all of you a Happy Thanksgiving today.

Read on for a more detailed look at how these transit agencies will run today and tomorrow.

END_OF_DOCUMENT_TOKEN_TO_BE_REPLACED

This Sunday, light rail service returns to South San Jose. The Santa Clara Valley Transportation Authority (VTA) will restore light rail service on the Blue Line between Santa Teresa, downtown San Jose, and Baypointe stations on Sunday morning. This will occur more than three months after that portion of light rail was shut down since the shootings of May 26 at Guadalupe Rail Yard.

Our group has also learned that VTA will extend FREE fares on light rail only, until September 30.

Light rail riders of the Green line between Campbell and downtown San Jose still have no current date for the return of light rail service. In the mean time, read our alternate bus guide to the light rail shutdown and learn how bus lines like the 60, 61, and 523 Rapid serve as an alternate to light rail service in that area.

Read on for more to do via public transit in Silicon Valley this weekend.

END_OF_DOCUMENT_TOKEN_TO_BE_REPLACED

Also, read from VTA the current timeline on when full light rail service is being restored, and all of its phases.

Also, compensation for victims (and their families) of the May 26 shootings at VTA’s Guadalupe Yard is due to be approved. It’s an addendum from action the Santa Clara County Board of Supervisors took on Wednesday to help the victims of May 26 and their families.

Read more on the agenda for tonight’s VTA Board Of Directors’ meeting here.

The best part? YOU can take part by Zoom video conference. 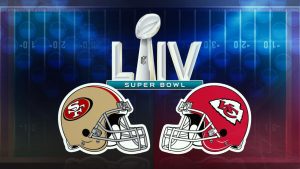 The stage is set for Sunday afternoon in Miami for Super Bowl LIV.  Can’t make it to Miami for the Big Game between San Francisco and Kansas City?  There are local parties at bars, clubs, and restaurants throughout Santa Clara County.