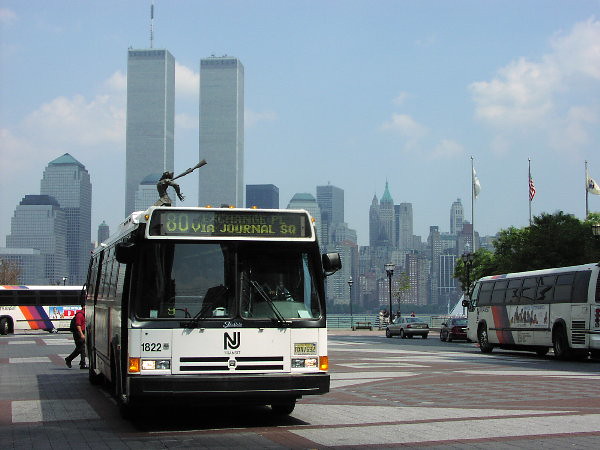 Fifteen years ago today, the United States of America experienced another day that will live in infamy.

When 9/11 occurred, I was on my way to my day job at Oracle when I saw someone with a “boom box” radio at the Sunnyvale Caltrain station. When I asked him what was going on, he told me that “two planes hit the World Trade Center, and another hit the Pentagon.” Shock did not describe fully my reaction to it all.  My manager at the time understood my grief and consoled me.  I told him that part of going to my first job after college involved going underneath and through the World Trade Center towers via the PATH subway from New Jersey.  In fact, two other jobs I had in New York required me to use the World Trade Center towers and station as part of my commute.

Photo courtesy of Quickdriver27 on Picssr.  This is that same bus in New York today, also courtesy of remie4494 on Flickr: 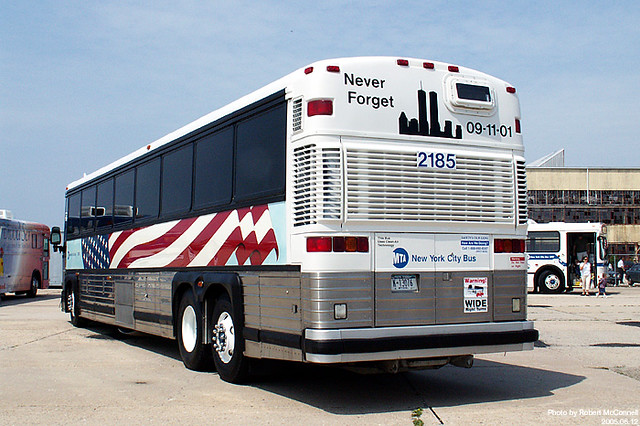 This bus will be put into New York City’s historical fleet when its useful passengers service life ends.

Let us remember those who perished and responded to what happened 15 years ago today in New York City, Washington, DC and on United Airlines Flight 93 in Shanksville, PA.  Let us also make sure we as a Republic NEVER FORGET.