This is your Silicon Valley weekend transit update for September 9-11, 2011. It’s your guide for Santa Clara Valley Transportation Authority (VTA) and Caltrain service to events throughout Silicon Valley.

This update includes public transit information on events like

This comes on the tenth anniversary of the September 11, 2001 terrorist attacks. To that end, you are strongly encouraged to stay safe when riding any VTA bus, light rail or Caltrain this weekend. You are also strongly encouraged to report any and all suspicious activities to the authorities as soon as possible. 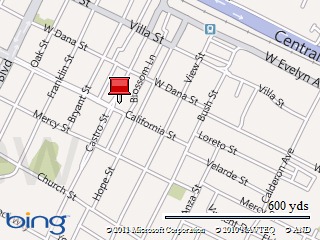 Caltrain and VTA light rail all stop at the Mountain View Transit Center. Also, VTA’s 35 bus line to Stanford Shopping Center starts at the Transit Center. (That bus will be rerouted along Villa Street instead of Castro St. to support the festival this weekend.) VTA’s 22 bus line and 522 Rapid service (except Sunday) stop right by the festival’s southern entrance on El Camino and Castro.

On Sunday at 1:15pm, the San Francisco 49ers have their home opener vs. NFC West division rival Seattle at Candlestick Park in San Francisco.

There are several express bus options from Silicon Valley to the 49ers’ home opener. Some of the options also include a full tailgate party before the game, and prize giveaways after the game.

Expect delays entering and leaving Candlestick Park on these express buses. This is due to increased security stemming from violence and shootings during and after the 49ers’ preseason game vs. Oakland a few weeks ago.

This Saturday at 7:30pm at Buck Shaw Stadium in Santa Clara, the San Jose Earthquakes host the Chicago Fire. The stadium is located on El Camino Real and Palm Dr. in Santa Clara, at the main entrance to Santa Clara University.

This weekend, at Muncipal Stadium in San Jose the San Jose Giants host Games 1 and 2 of the California League’s North Division Series on Saturday at 6pm and Sunday at 5pm respectively. Municipal Stadium is at Alma and Senter in San Jose.

The San Jose Giants’ playoff opponent will either be Modesto or Stockton, depending on results of the deciding game of their series this evening in Modesto.

Use this page to obtain the latest VTA and Caltrain schedule and fare information. Try to have exact change and most importantly, proof of valid fare before you board light rail or Caltrain, to avoid being fined by fare inspectors.

Have a nice weekend! Enjoy yourself at these and other events, and STAY SAFE!